While searching about the Kalki avatar on web, I found his letter on the blog. 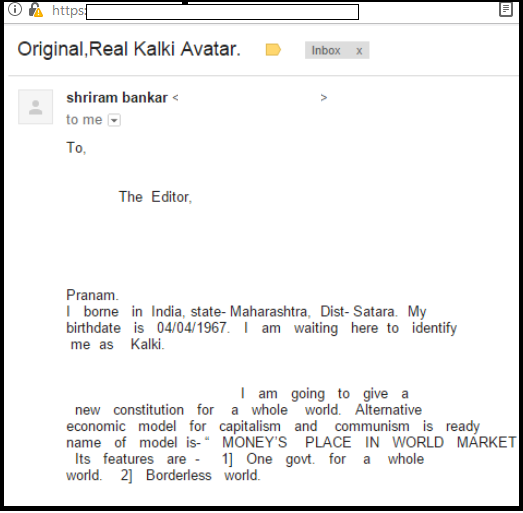 By this letter we can tally prophecies of Nostradamus whether the above mentioned location, birthdate, Name, etc. all should get proved.

The person is talking about the new constitution, which is not like other fraud Kalki avatar, who are misguiding world. In this research report, you can see all above get proved Name, Surname, Location, Birthdate, Mythology. Please read it till the end and then decide….

Century I 50
From the three water signs will be born a man
who will celebrate Thursday as his holiday.
His renown, praise, rule and power will grow
on land and sea, bringing trouble to the East.
1. Three ocean meet to the land – South India
2. Celebrate Thursday – Hindu 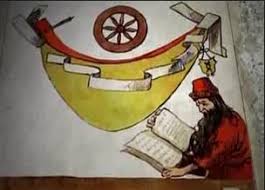 Century VI 70
Chief of the world will the great ‘Chyren’ be,
Plus Ultra behind, loved, feared, dreaded:
His fame and praise will go beyond the heavens,
And with the sole title of Victor will he be quite satisfied.

1. Chyren = Shriram will be chief of the world
2. Plus ultra behind = by his strong desire which we can see in his letters mentioned elsewhere on the site 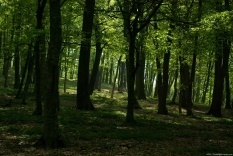 Century I 76
The man will be called by a barbaric name
that three sisters will receive fromdestiny.
He will speak then to a great people in words and deeds,more than any other man will have fame and renown.

1. Barbaric name–wild name – “Ban” = Forest inMarathi/Hindi
2. He will be famous by his deeds

Century X 75
Long awaited he will never return
In Europe, he will appear in Asia:
One of the league issued from the great Hermes,
And he will grow over all the Kings of the East..

1. Long awaited – He has waited for 32 years to get identified as Kalki avatar,
2. His letters in Marathi with me, see translations below

“I have waited for 32 years, even till today for Rishi, Muni, Sadhu, Saints, Yogi, Tapasvi, Maharaj, Acharya, Pandit, Manav and Demon, that they will identify me. I have prepared the Constitution for the whole world, which for the past 32 years, has been in the dust….Shriram” 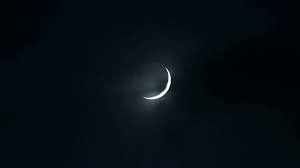 Century V 41
Born in the shadows and during a dark day,
He will be sovereign in realm and goodness:
He will cause his blood to rise again in the ancient urn,
Renewing the age of gold for that of brass.

1. The birthdate as per Indian calendar. Krishna paksha refers to the dark lunar fortnight or waning moon in the Hindu calendar. Krishna (कृष्ण) is Sanskrit for “dark”.
2. Rise again in the Ancient urn – he is still feel his appearance in SatyaYug (Ancient era as per Hindu Mythology

Translation
“Kalki Shriram has given prior information about his incarnation through Nostradamus. As per it, he has takena birth in South India, Satara district, where five rivers origin in Mahabaleshwar. In this area he appeared for 10th incarnation as on FalgunKrushnaPaksha 10, year 1967, and living since 51 years.”

“All human beings are so foolish, I never guessed that. Me and my thinking is still in Satya Yug. So that I can do welfare for all humans but I don’t see any interest from humans.” 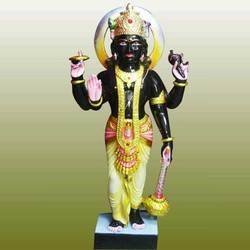 Century X 71
The earth and air will freeze a very great sea,
When they will come to venerate Thursday:
That which will be never was it so fair,

From the four parts they will come to honour it.

1. To venerate Thursday – Hindu religion, the main person will not having fair skin = Dark man
2. All will come to honour him 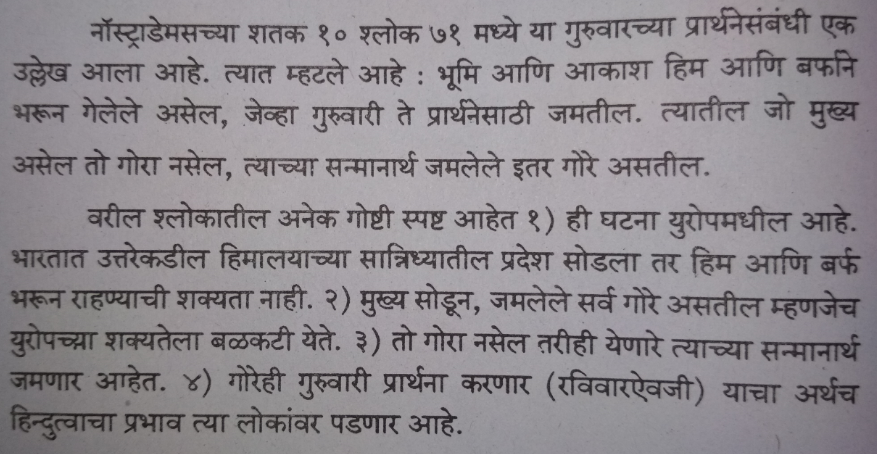 Both the screens above saying that the great leader will be DARK in colour. Same prescribed in the mail screen above.I have met him and found the Medium age, Medium height, Dark coloured man. Whose face same looks like the statue of Vitthal, to whom many people in Maharashtra having devotional faith. See the snap below. 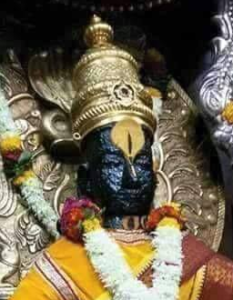